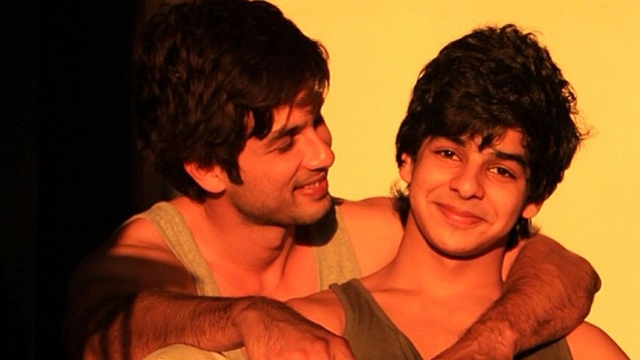 He’s been there, done that. Shahid Kapoor knows what it takes to be a star, especially when you are always in the public eye. Now that his brother Ishaan Khattar is soon going to make his big debut in Majid Majidi’s Beyond The Clouds, Shahid has given some stern advice to him.

A lot of reports claim that Ishaan and Jhanvi Kapoor are seeing each other. Although there is no confirmation to that, the two young starlets have been spotted several times together, only adding more fuel to the fire. Now, this has left Shahid fuming.

According to a SpotboyE report, “Like a guide and mentor, Shahid has sternly advised Ishaan to maintain a low key about his personal life and not be seen with Jhanvi publicly until his debut film Beyond The Clouds releases. He has strictly asked Ishaan to pay attention on his career ONLY. Shahid has always been on a look out for his kid brother and it seems like he wants to safeguard him from all the negative publicity he has been creating in the past few months.”

After all, Sasha’s being the protective brother!