“Jailbreak, baby!” Sense8 has the best action sequences on TV 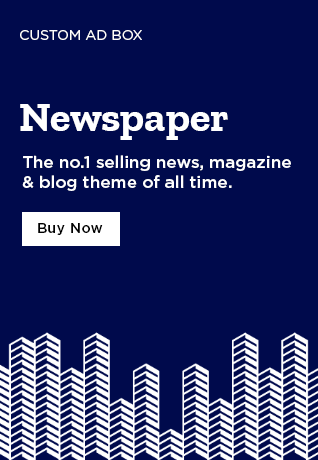 Let’s talk a bit about storytelling fundamentals. Take a step back almost two years, to when Sense8 debuted to fairly mixed reviews. Those early critics based their opinions on the first three episodes, which had their climax with the first big action sequence of Sun helping Capheus with some gangsters. It was a perfectly fine action sequence, but felt thematically detached–it possessed some of those Wachowski advantages, but not much of what makes the show truly special.

It was the fourth episode, the first one that the initial wave of critics didn’t see, that made the show really stand out. That was the one that ended not with a big damn fight scene, but instead a big dumb earnest ridiculous karaoke scene with one of best worst songs of all time, “What’s Up,” that joined all the of the sensates together. That was the moment where Sense8 became the show it wanted to be. And as the season progressed, critics, yours truly included, showered praise on Sense8 when it took advantage of its premise to create superb moments and scenes, like the 4 Non Blondes bit, like the Nomi breakout, and like the season finale where all eight sensates finally work together in a superb sequence.

So as the second season of Sense8 has begun, it’s started to look more and more like a delivery mechanism for those big exciting moments where all the sensates work together. As Caroline noted, it takes until the very last moments of the season for all the sensates to appear in the same shot together. On the other hand, the Christmas special–the first episode produced after the praise the first season eventually received–feels like a group shot delivery mechanism in many ways, with the cluster partying, fucking, and engaging in religious ceremonies consistently as a full group. The first normal episode of the season seemed to go along with this, with multi-sensate scenes occurring as a matter of course, culminating in their takedown of Whispers.

What worries me about this is that the show as a whole might become an excuse to have these big, uplifting moments. Seeing what works for itself–the grand interacting scenes–Sense8 could turns entirely into those things, like Game of Thrones went from having shocking twists and deaths to being a twist-and-death delivery mechanism. And, to be honest, the first episode of the season didn’t help matters, with both the Whispers takedown on the grand “Who am I?“ speech.

The storytelling fundamentals that Sense8 are needed to be able to maintain viewer interest for long enough to make those standout scenes like the first season’s karaoke actually stand out. It needs to build the foundation before the mansion, in other words, or to eat its vegetables before getting dessert–whichever simile works best for you. The second episode of this season, unlike the first, actually does this.

See, there are two main forms of storytelling fundamentals that Sense8 needs to work. First, it needs to have most of the individual plots be moving forward. Each of the eight members of the cluster has their own story, after all. Or at least, they had their own story in the first season-Riley and Will have had their journeys taken over entirely by the overarching narrative. So that leaves six other characters. Kala doesn’t have much going on yet this season; Nomi is largely attached to the main arc; Capheus is still kinda dealing with his newfound fame; and Lito is getting a lot of attention from his newfound infamy.

The remaining two–Wolfgang and Sun–are the individual focuses of this second episode, and both do well for it. Wolfgang’s story has taken one of the odder turns in the second season. What was initially a fairly straightforward narrative of a gangster on the edge of the law seeking revenge has become much more complicated, with Wolfgang now the key wildcard in the division of Berlin’s underground between various rival factions.

In the first two episodes of the season we’ve seen Wolfy and Felix recruited by the king in the north, as it were, who is attempting to woo Wolfgang through his best friend. There are two promising ideas going on here. First, I’m keen on any political intrigue involving multiple factions, as the battle in Berlin seems to promise. It’s possible that this might unbalance the collection of narratives toward Wolfgang with an especially complex and demanding story, but that may be a net positive overall. Like, focus on him, Lito, and Sun this season, and then Kala, Riley, and Capheus in Season 3, for example, and Sense8could feel deeper and more interesting overall.

The second promising sign is that Wolfgang makes a new friend in “Obligate Mutualisms”: Leila, the gangster’s apparent right hand–and a sensate. In fact, she’s the first we’ve met who isn’t either in the core cluster or part of the BPO story. And that’s exciting! (In fact, going back to the first season finale, that’s what I hoped for the most in this second season.) She’s a wildcard who has the potential to at least make Wolfgang’s story more interesting, while possible expanding the lore of the series in a fascinating fashion. With that said, this episode does, perhaps, overplay the femme fatale aspects of her character, with the scenes of her mentally seducing Wolfgang taking up a huge amount of time and energy–so we’ll see if the show can deliver on its promise here.

The second fundamendal is the overarching narrative, which also expands as the episode ends, when Will finally meets a representative of BPO, the Mr. Kroom who appears to be Whispers’ boss. The arc of Sense8 is another key part of its storytelling fundamentals, and one that has to work in order for the show to be great. When I say “work” I don’t mean it has to be great, to be clear. The arc is, at least so far, not the best reason to care about Sense8. But it has to be functional enough to provide an excuse for the kinds of scenes Sense8 excels at, like the first season finale’s big confrontation. It is, right now, primarily an excuse to keep the characters and viewers motivated, and thus all it has to do is keep moving without actively being annoying.

It certainly succeeds at that at the end of “Obligate Mutualisms” when Will, seemingly having built an alliance with Mr. Kroom, witnesses Whispers murdering the man via a sensate surrogate in a surprise stabbing that seems guaranteed to be functional according to the modern fundamentals of serialized storytelling. I’m being deliberately abstract here: that was a good way to end an episode.

But I’ve sort of danced around the key point here for a while because I want to, much like Sense8, build up to it in order to highlight it: this episode was awesome because it used the storytelling fundamentals of making Wolfgang’s story more interesting and keeping the conspiracy narrative moving forward in order to provide a framework from which Sense8 could do what it does best. That is: “Obligate Mutualisms” makes Doona Bae look fucking awesome, and that’s one of the best things about Sense8.

If I had to pick three things that I believe make a fight scene work, they’d go like this: daring choreography, a clear visual narrative, and compelling physical obstacles. The latter is what makes the Sun prison sequence stand out–the moment where she’s hung by the neck, and uses the rope as leverage to fly around the room fighting her assassins is a “holy shit!” moment at a level that’s rare in an action sequence, let alone one on television. It’s absolutely horrifying and utterly thrilling at the same time.

And that’s the last of the storytelling fundamentals: Sense8 knows how to kick ass. It’s one that gets lost sometimes, amidst the complications of the premise and the reputation as the wokest, “most optimistic” show on TV that it’s acquired, but it’s still there and always has been. The key difference between Sense8 now and the Sense8 that got those middling early reviews: now it knows how to put those best-in-class action sequences into context. Getting that mixture right is what will shift this second season from a fascinating mess into a true classic. 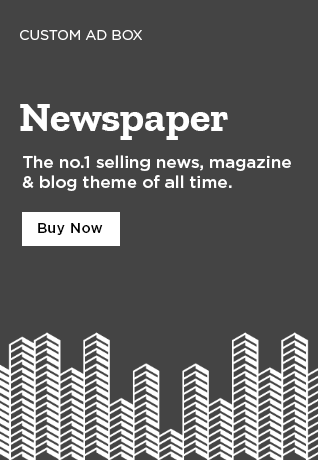