by
in Reviews, World
0 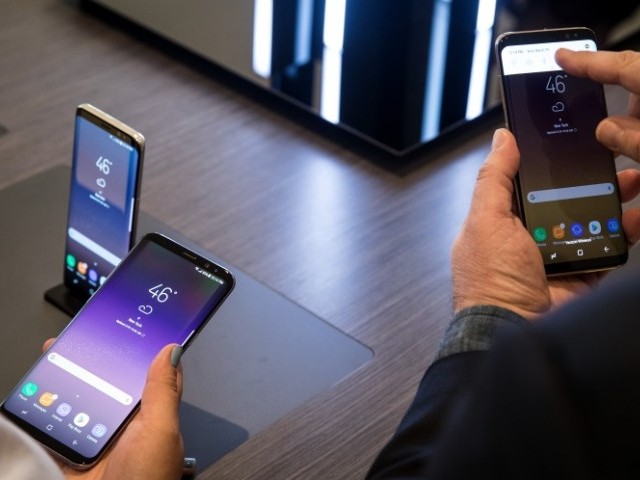 Samsung’s bestselling Galaxy S8 is undoubtedly a gorgeous looking phone. Its beautiful ‘infinity screen’, that Samsung calls “A screen without limits”, owes a lot to its almost fully glass exterior.

As you can expect, this also leaves the phone vulnerable. Just how vulnerable, you ask? Well, electronics insurance company SquareTrade Inc. ran a rather entertaining examination, and found that the phone was the most fragile they had ever tested.

After face dropping the phone on pavement from a height of six feet only once, they found that it suffered with star burst cracks and loose glass. Meanwhile, the back drop test resulted in more star burst cracks as well as spider webbing. And a tumble test proved disastrous for the phone aesthetically.
After dunking the phone in water they realized that the phone also suffered from internal breakage meaning that its water resistance also left something to be desired.

They later concluded that this phone was more fragile than any other they had tested: “S8 is the first phone we’ve tested that’s cracked on the first drop on ALL sides.”

These tests also showed the S8’s vulnerability, though on the bright side the phone’s screen was found to be quite resistant to scratches, and should stand up to being in the same pocket as keys or loose change. On the other hand, the metal body wasn’t quite as resistant.

TechRax ran its own tests, comparing the S8 to the iPhone 7 in a drop test from five feet.

Dropping the phone from just 3 feet (hip height) resulted in multiple cracks on the body. When the phone was dropped from five feet, the back cracked rather badly, though the gorilla glass screen remained intact. 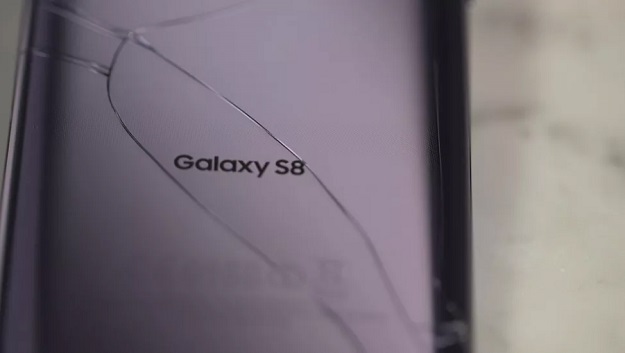 If there is a silver lining to all this it is that S8’s replacement parts are slightly cheaper than those of its predecessor. It’s a small silver lining though, considering that they are still expensive.

In the end, there is no doubt that there is a price to pay for the S8’s good looks, and it is far less sturdy than the S7. Of course, this shouldn’t stop you from buying Samsang’s latest and greatest smartphone. Just exercise caution. While the gorilla glass seems strong enough to resist scratches and hip high drops, we would recommend you not leave the store without a case to protect the S8’s body.