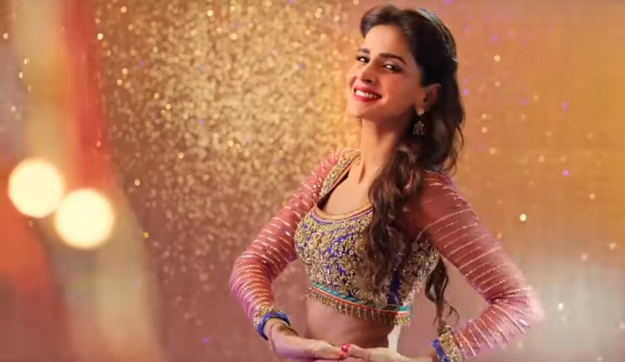 Thanks to Bollywood, item numbers have gained huge popularity in contemporary cinema. Even some Pakistani film-makers have jumped onto the bandwagon because of the cultural similarities between the audiences of the two countries.

But film-maker Jami Mahmood’s recent statement about item numbers has triggered an interesting debate in Pakistan, about whether or not local productions should incorporate them or not. “I am against the item number culture; it’s a blasphemy to the profession,” said the Moor director. “I don’t understand the difference between a film director who convinces a girl to dance in an ‘item number’ for the big screen and a pimp who convinces a girl to dance in a red light area. The only difference I see is poor lighting and arrangement.”

According to Jami, the main issue is that no one else seems to have a problem with the concept. “Item numbers are one of the reasons misogyny has increased in conservative countries like India.” Jami has provoked Pakistan’s film fraternity into re-thinking over item numbers and what they do for cinema as a whole.

“I don’t know… I really don’t have a problem with a song-and-dance number. It’s been done for so long that it has become part of our culture and syntax,” Manto film-maker Sarmad Khoosat said. “But I do have an issue when we call it an item number and its sole purpose, which is to provide cheap thrills. I mean, if you were to call Madhuri Dixit’s Ghagra song an item number, I don’t mind it. But if you’re adding it to sexually objectify someone and using it as a cheap stunt, then there is a problem.”

Nonetheless, Sarmad believes this debate should cover more than just item songs. “It’s not even only about item numbers. I have a problem with everything that’s done in films and TV to merely objectify someone,” he asserted.

Film-maker Nadeem Beyg echoed Sarmad’s sentiments, confessing that he was not against song-and-dance sequences either. “I’m against vulgarity, though, be it in the form of item numbers, dialogues or scenes. I don’t think Pakistani films need item numbers because not one of them has succeeded because of that,” he said. “All the successful films had other elements which made them successful. I can cite a thousand examples of item numbers in Punjabi cinema but those films didn’t work. Vulgarity doesn’t sell anymore.”

As far as Jami’s statements go, Beyg said he didn’t have the right to tell anyone what not to do. “Everyone has the right to express themselves the way they want and I can’t tell someone not to put in item numbers, even though I don’t agree with them. Regarding what Jami said, I think he gave a very generic statement because it’s not about item numbers but rather selling vulgarity,” said the Jawaani Phir Nahi Aani helmer.

“So a dance number purposefully done is not the issue, but if the film-maker’s sole purpose of it is selling the film, then there is a problem. Jami mustn’t generalise and put all film-makers in one category but highlight other forms of vulgarity as well.

Lollywood veteran Syed Noor has a contrasting opinion on the matter. “I am in support of item numbers because when a girl dances in the rain, the audience enjoys it. It increases the recall value of the song and the film itself,” thedirector said at a recently held panel discussion. He was of the opinion that item numbers were an old phenomenon, citing the original Zaalima Coca Cola Pila De song by Noor Jehan as an item number.

Janaan director Azfar Jafri also spoke on the same note, saying item songs were not a new phenomenon. “They have been used in cinema for decades. I mean, there was an item number in Sholay as well but it had a purpose,” he said. “We are just not using item numbers correctly nowadays. If an item number is required for the story, then it’s justifiable to use it. But if it’s just used to sell the film and add glamour, then it’s not.”