I’m going to be playing Qandeel Baloch in a biopic, says Saba Qamar

I’m going to be playing Qandeel Baloch in a biopic, says Saba Qamar

“There are stories that need to be told and I want to help tell them,” says Saba Qamar.

The actress is on a roll. The buzz around town right now is focused on the upcoming release of her Bollywood debut Hindi Medium where she plays the female lead opposite Irrfan Khan, veritably one of Bollywood’s most illustrious actors.

Following the movie, though, Saba is set to make even more waves with a topic that is close to her heart.

“I am going to be playing Qandeel Baloch in a biopic,” Saba finally confirms, putting to rest the rumors that had been afloat for a while now. The initial glimpses from the upcoming venture show the actress peering into the camera, uncannily looking like Qandeel. “I have cut my hair in order to play her,” says Saba. “It’s going to be exciting.” 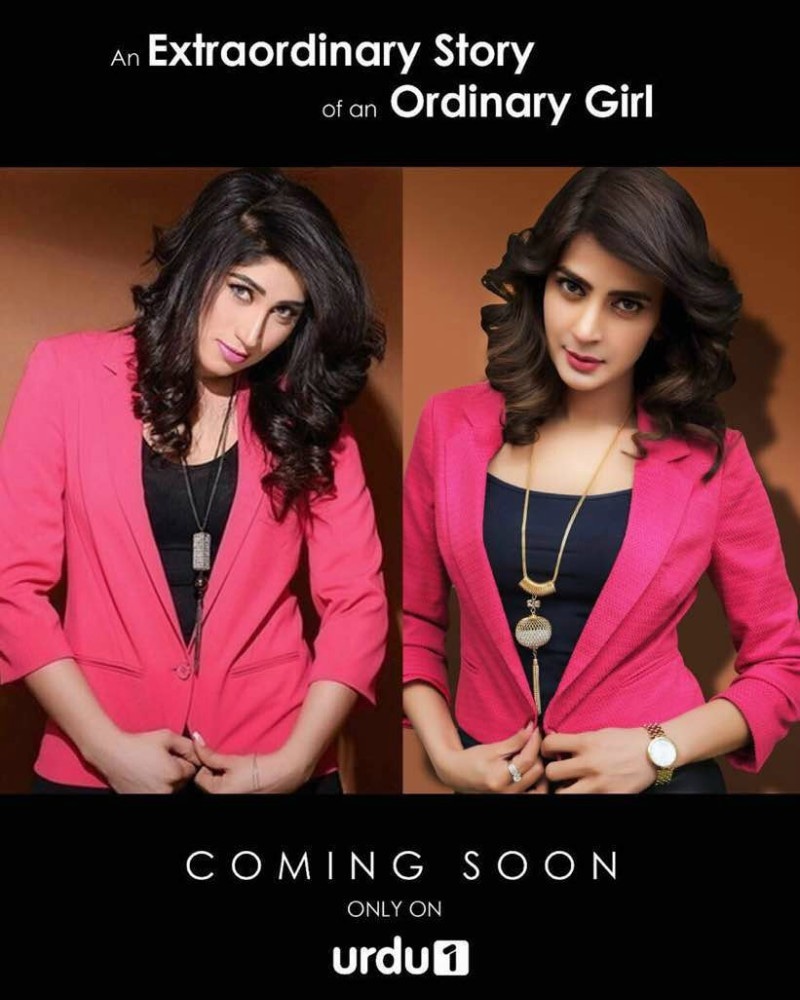 The Drama Serial will be Called Baaghi.

The drama serial is a venture by Paragon Production, produced by Nina Kashif, General Manager of Urdu1. The channel produced the telefilm Ek Thi Marium last year. Qandeel’s story will be called Baaghi and according to Nina, will tackle the social issue of honor killing.

“We want to tell Qandeel’s story in a very sensitive way,” says Nina. “We do not want to glorify her nor do we want her to look pitiful. She was a victim of honor killing and this is what we will particularly be highlighting. The story has been written by Shazia Khan, the screenplay is by Umera Ahmed and Farooq Rind will be directing.”

The cast will include Sarmad Khoosat, Ali Kazmi and Osman Khalid Butt, with Saba playing the lead. How does Saba feel about playing Qandeel, a figure who divided opinion with her social media presence?

“An actor is not defined by boundaries and I am not afraid at all,” she says. “Qandeel was a victim and a fighter and somebody needs to tell her story. She was a woman who went from place to place trying to find work for herself. She tried to work in transport, read devotional naats on TV but wherever she went, she was misused by people. It was only much later that she chose to make videos on the Internet. And she did all this and earned money and used it to support her family. Her family didn’t have any problems taking money from her but they felt that it was all right to turn around and kill her in the name of honor.”

“Qandeel represented the double standards that exist in our society,” continues Saba. “She had the courage to expose how two-faced people could be. There were many people that condemned her in the name of religion but tell me, doesn’t religion tell us to abide by many things? How can we choose to selectively follow what we find comfortable and attack anybody who tries to break free from the norms that we choose to set.”

This is, of course, quintessential Saba. In an industry thronged by mundane ‘good bahus’ and girls next door, the actress has often opted to prove her acting mettle with roles that are experimental and even disturbing. Treading her own path, Saba has steered away from partisanship, openly denouncing an industry that she feels is plagued with favouritism.

Only recently, she openly boycotted the Lux Style Awards, where she had three nominations, on the basis that they had ignored her for many years before. Declaring that the awards lacked credibility, she had said that they didn’t deserve her attendance. Even when venturing into Bollywood, Saba doesn’t seem to have followed the typical route of serving as eye-candy opposite a bigshot co-star. If the Hindi Medium trailer is anything to go by, Saba gets the chance to hold her own against Irrfan and she’s managed to do it very well.

“I am so proud that I ventured out of my country with a ‘dhang ki (decent) film’. Of course I was excited to be working opposite Irrfan, but I didn’t feel the urge to scream ‘Oh my god!’ or behave like a fan-girl. If he’s an actor then so am I. Having said this, he is an incredible actor and has tremendous screen presence. There would be absolute flurry on the set when he was about to arrive. He used to be very amused by my nonchalance and called me Bindaas.”

“I saw the movie and it has the makings of a complete hit. While watching the first-half, I laughed several times. During the second-half, I cried. I am looking forward to its release.”

And then, Saba will go on to play Qandeel and we’re guessing that the drama serial will hit some really hard home-truths. What of the threats that may follow?

“Let them follow,” shrugs Saba. “Everyone has to die someday. I’d rather die after doing something worthwhile”.