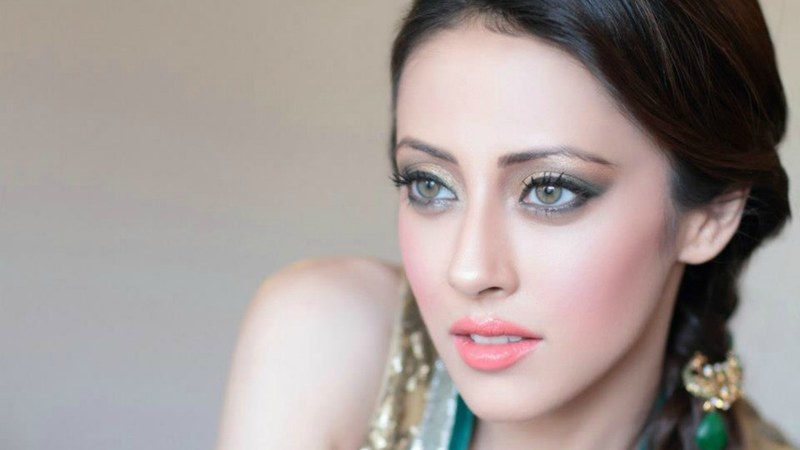 Ainy Jaffri is all set to return from London as she wraps up the shoot of her upcoming film Haraam.

Jaffri told what to expect from her latest project.

“Haraam is a story of love, the unrequited kind,” explained the actor.

“What happens when you fall in love with a friend who can never see you as more even if they tried? As unique and painful as it may feel, it’s actually a common human experience and [also] a direct experience of the writer (who is also the director). Haraam explores themes of love, cultural diversity and religion.”

And thats a wrap for me! Will miss these kids ❤ Cant wait to see how it turns out 🙈 #🎬Haraam #haraam #movie #filmshoot #london #itsawrap

Jaffri shared a few details of her character in the film. “My character’s name is Layla. The film follows the adventures of this group of young ethnically diverse adults who work in a picture framing store. It’s Layla’s last day, her best friend Geo is in love with her but due to cultural and religious differences he is scared to open up to her about his feelings.”

Ainy has teamed up with director Serge Rashidi Zakuani, who has previously made two independant feature films under production company Stepping Stonez. “They are currently in post production and Haraam will be his third film,” added Ainy. “SRZ (as he’s known as) tells independent stories that give a true reflection of London and its diverse ethnic make up.”

Talking to Images, filmmaker Serge Rashidi Zakuani said of his film: “I wanted to showcase my admiration of and for the Muslim community, especially in this day and age where the focus is centered around elements that divide us rather than unite us.”

“Writing and directing Haraam has been an incredibly therapeutic experience. Since it’s inspired by true life events of my own disappointments and heartbreak, I’m extremely proud of what we’ve been able to achieve.”

SRZ is thrilled to have Ainy Jaffri on board and the duo got along great! “Working with Ainy has been nothing short of amazing. From the first script read-through until her very last scene, Ainy has been incredibly focused, gracious and humble considering her growing success,” he said.

He added, “I feel fortunate we managed to get her attached to the project and I’m super excited for audiences to watch the depth, vulnerability and honesty she brings to the role of Layla. With a beauty that transcends physical appearance, Ainy is a global rising star and I couldn’t be prouder to list her as a cast member of our film.”

Haraam‘s release date is yet to be announced.